"Paul has the exceptional talent of being able to read an audience and react to any situation instantly giving him total control of the room"
Steve Loe: Managing Director, Precedent Productions

Since the day in 2001 when he delivered a fridge to Sydney’s Nova969 resulting in him landing his first job in the entertainment industry, Paul has established himself as a TV presenter, real-estate auctioneer, voice-artist, stand-up comedian, and Master of Ceremonies.

After climbing the ranks of radio station promotions, Paul became an on-air presenter under his nickname “Fridgy”. Eight years later he had presented every radio shift throughout the day and had been the regular breakfast fill-in on three different Nova Network stations in Sydney, Adelaide and Perth as well as Austereo’s 2DayFM and Triple M, and also hosting several national radio shows including the famous ‘Hot30 Countdown’.

Paul began his stand-up comedy career in 2007 which over the next 7 years, saw him perform across Australia supporting some of Australia’s biggest acts, including live network TV appearances, and also performing at both the Melbourne and Sydney International Comedy Festivals.

Whilst slogging it out in the comedy clubs by night, Paul began to pursue his career as a voice- artist. Now a full-time voice-artist, he has been a regular promo voice for three major TV networks (Channel 10, Nine Network and ABC) and has voiced TV and radio campaigns, corporate videos and animated productions for some of the biggest brands and advertisers in the country including Subway, Coca-Cola, Hungry Jacks, Sony, Optus, Volkswagen, Arnott’s and many more.

In addition to presenting in corporate videos and television commercials, Paul is an accomplished Master Of Ceremonies and hosts dozens of corporate events, festivals and functions every year. Clients include The Local Business Awards, Grad-Connection, Fairfax Media and Virgin.

In 2010, Paul joined the Nine Network as a presenter on the Today Extra Morning Show (then ‘Mornings with Kerri-Anne’) and continues to present advertising segments on the show every week.Paul combined his ability to manage and entertain audiences with his love for real-estate by becoming a fully accredited auctioneer and has called hundreds of auctions around Sydney for various agencies.As of 2019, Paul was invited to become an exclusive auctioneer for McGrath, one of Australia’s most respected real-estate brands, calling auctions every week for some of Sydney’s most successful agents. 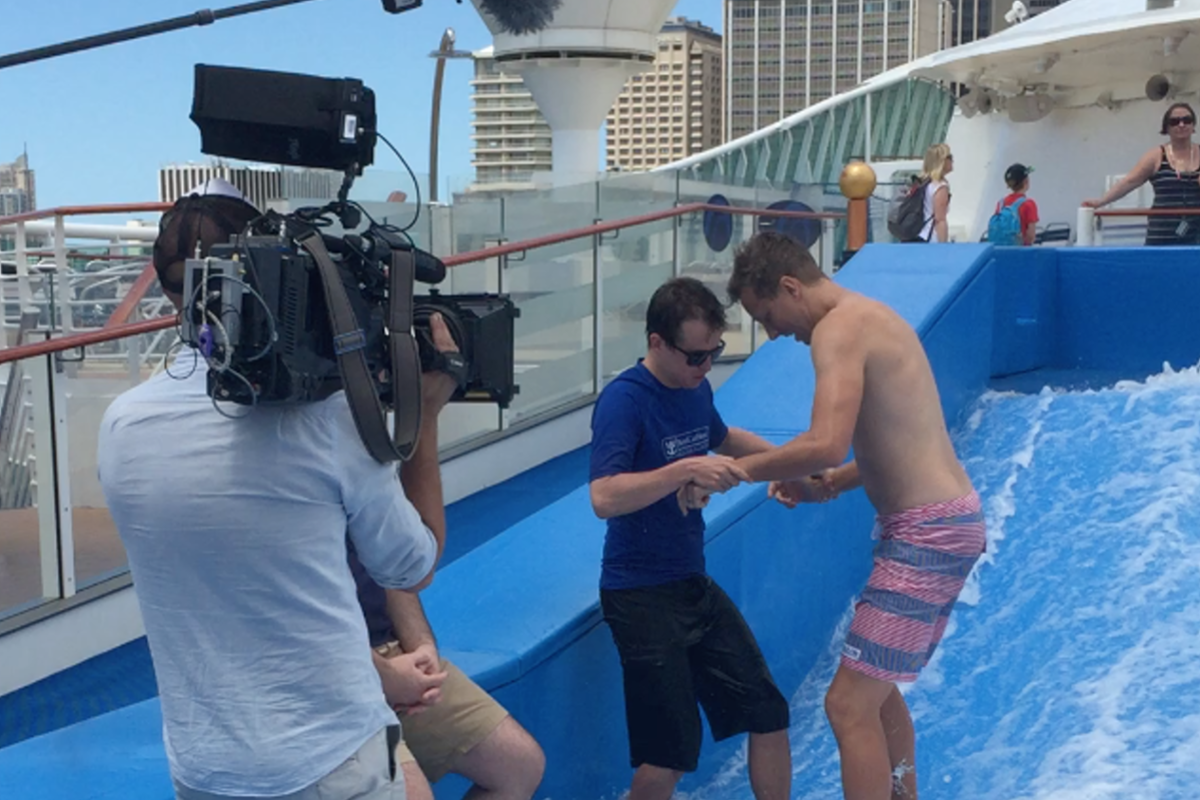 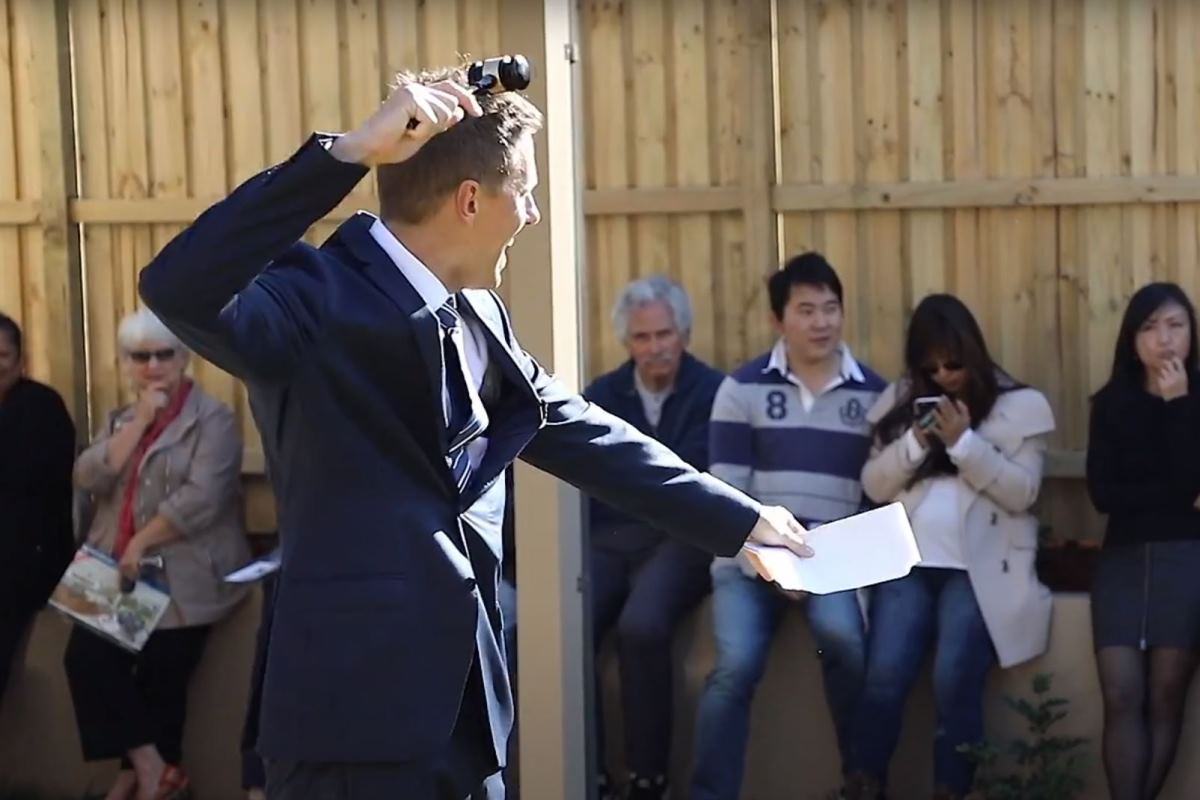 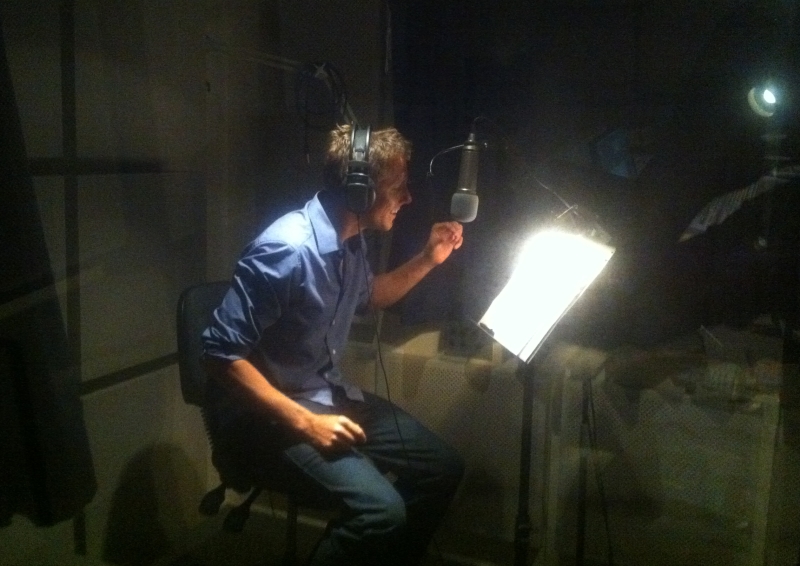 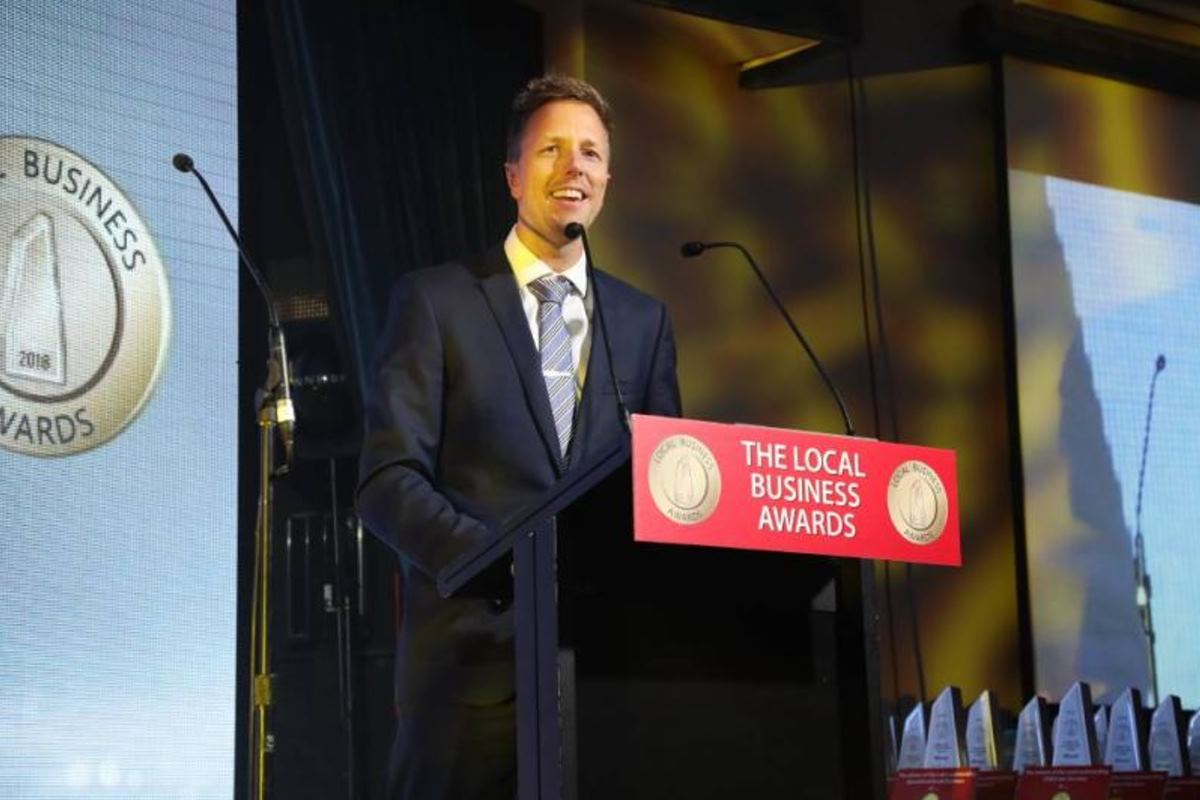 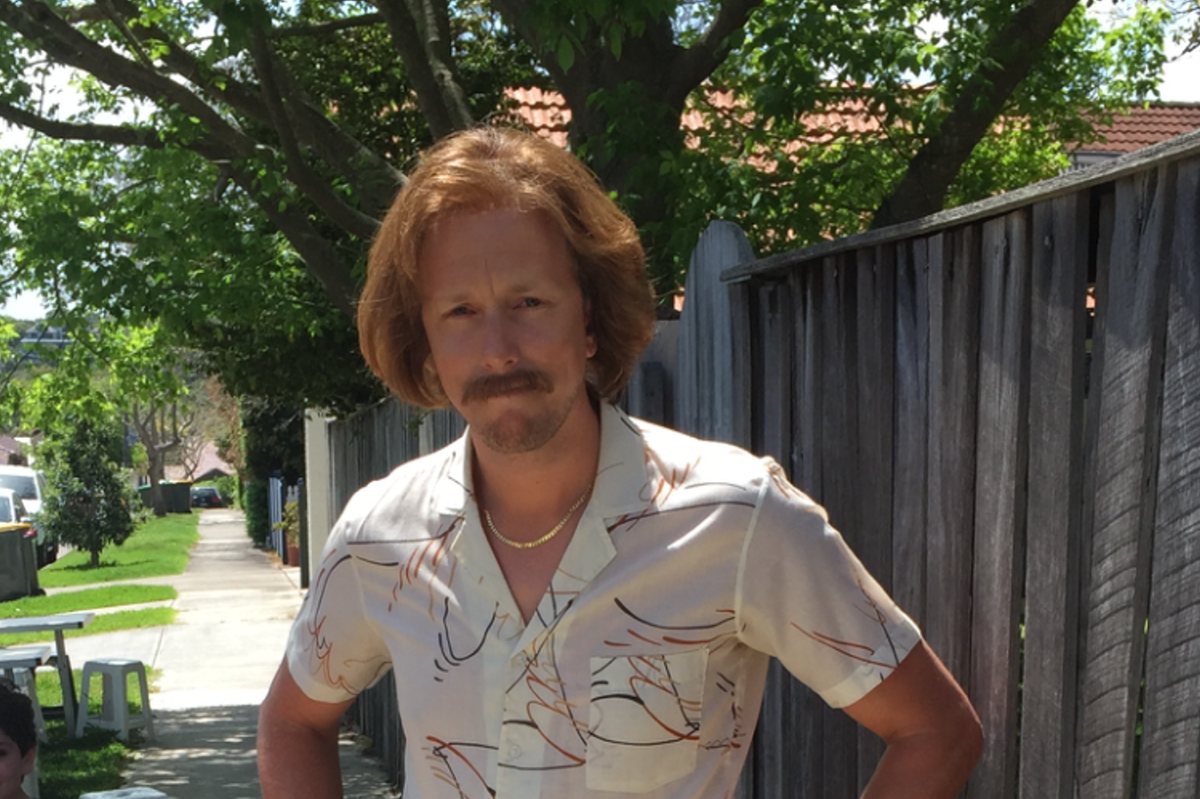 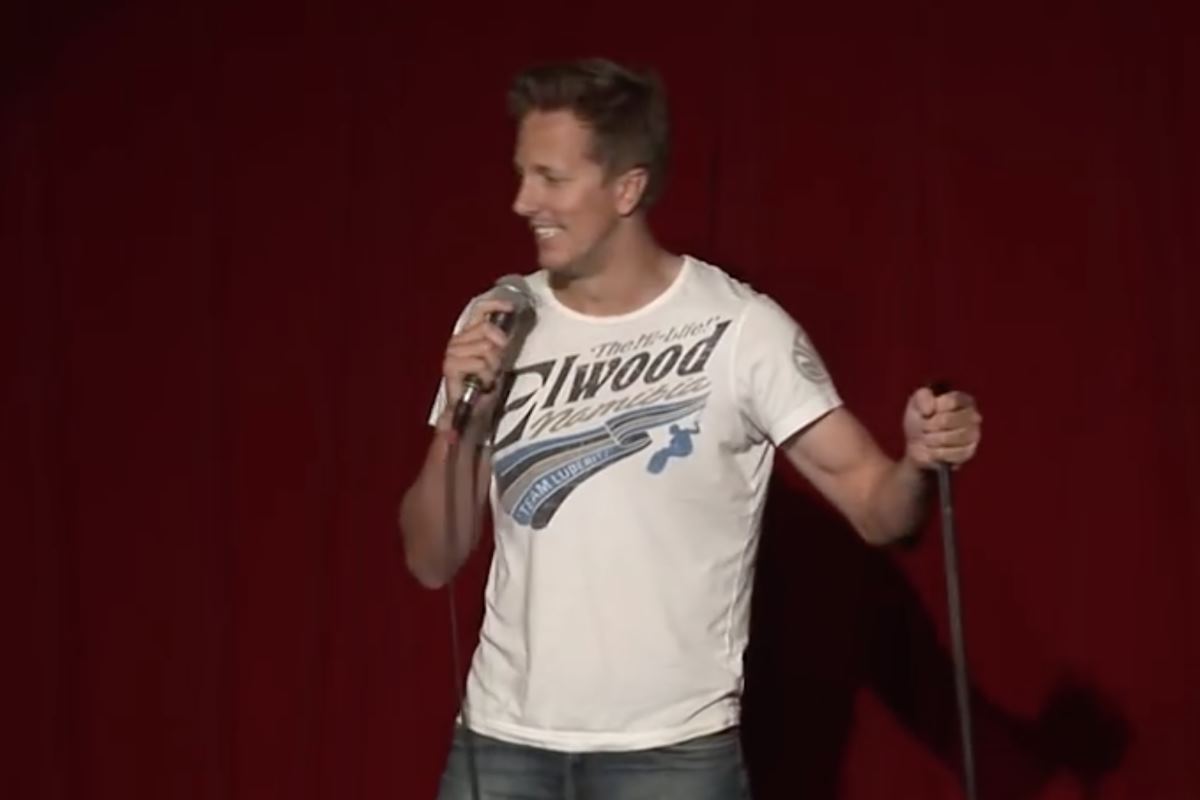 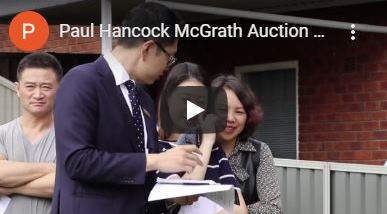 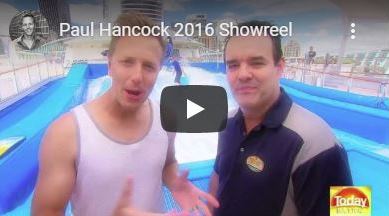 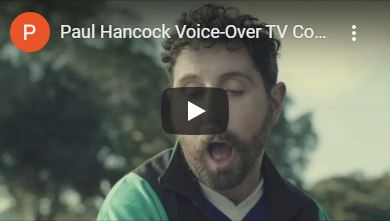 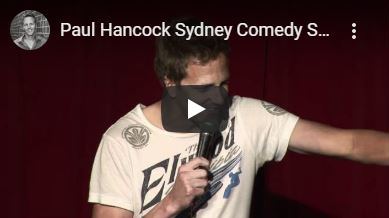 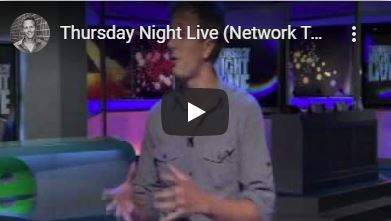 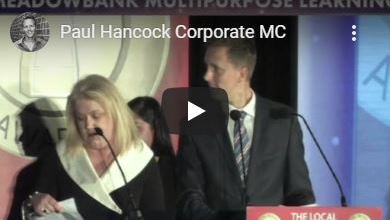 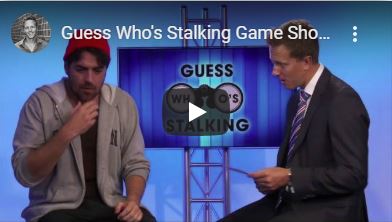 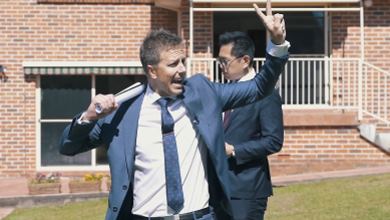 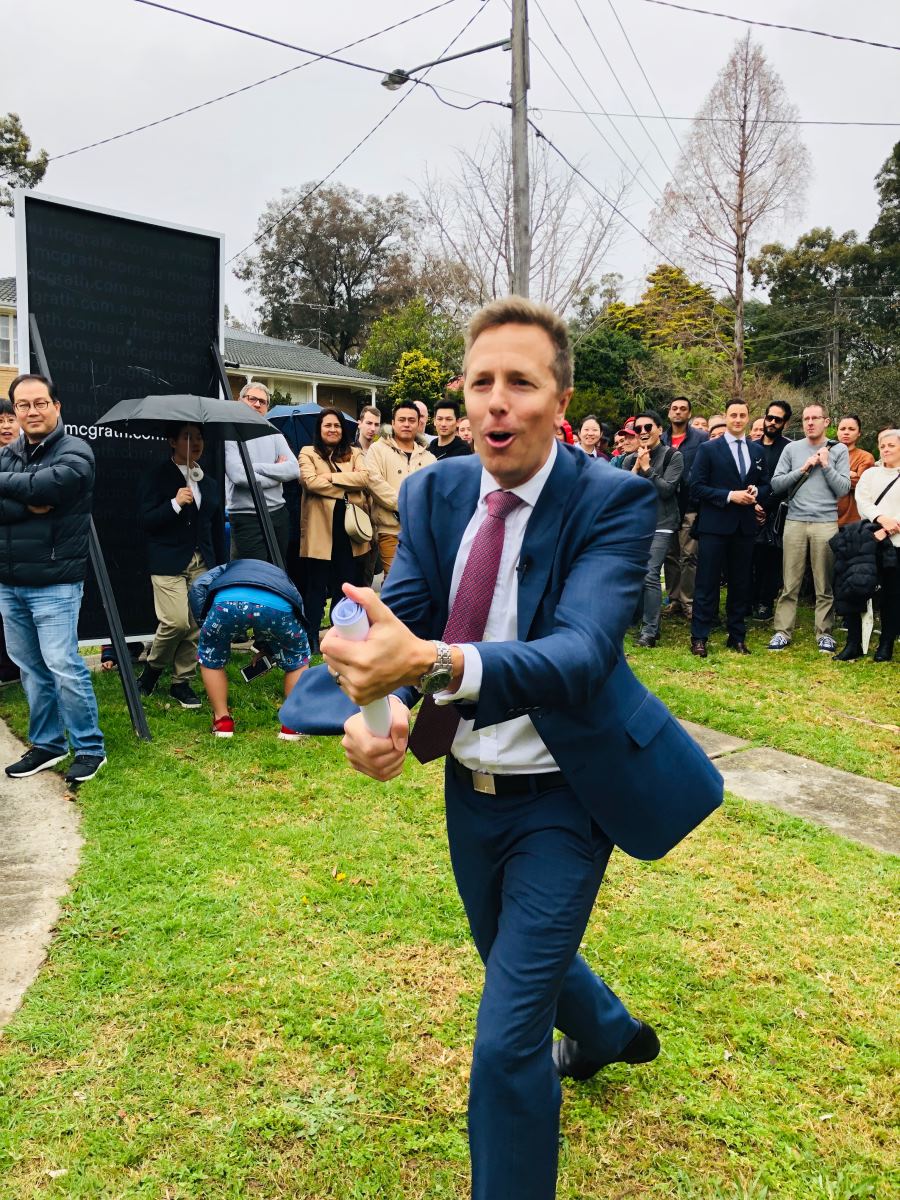 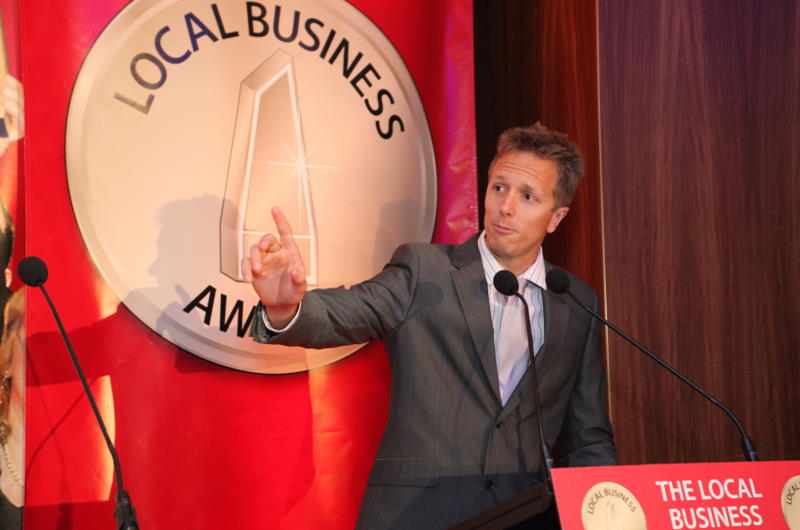 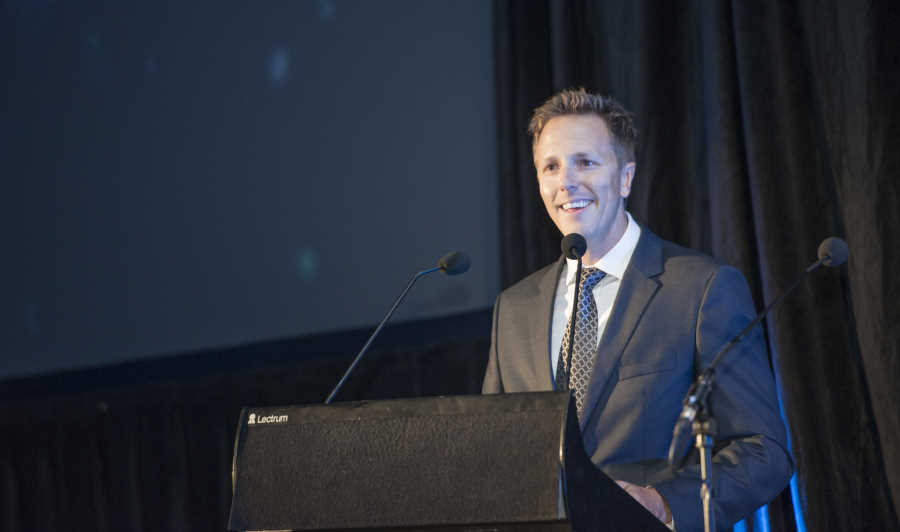 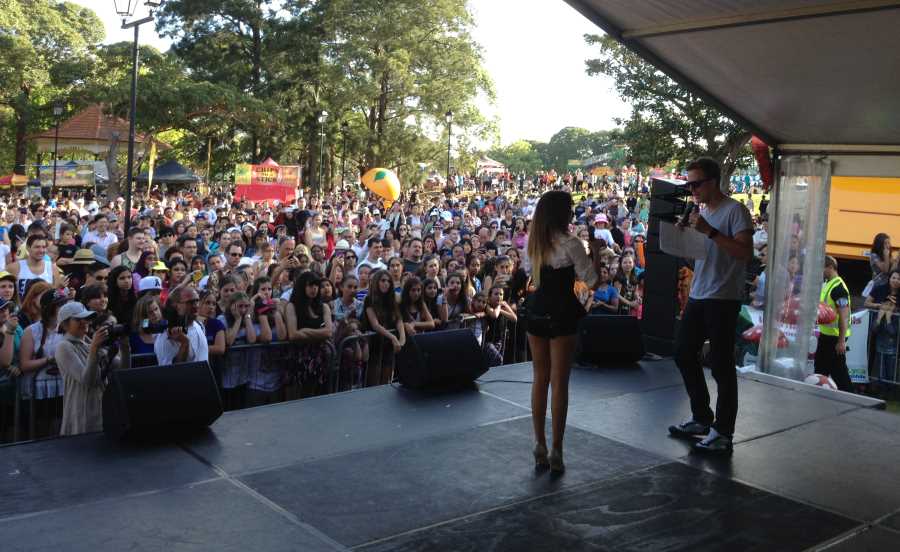 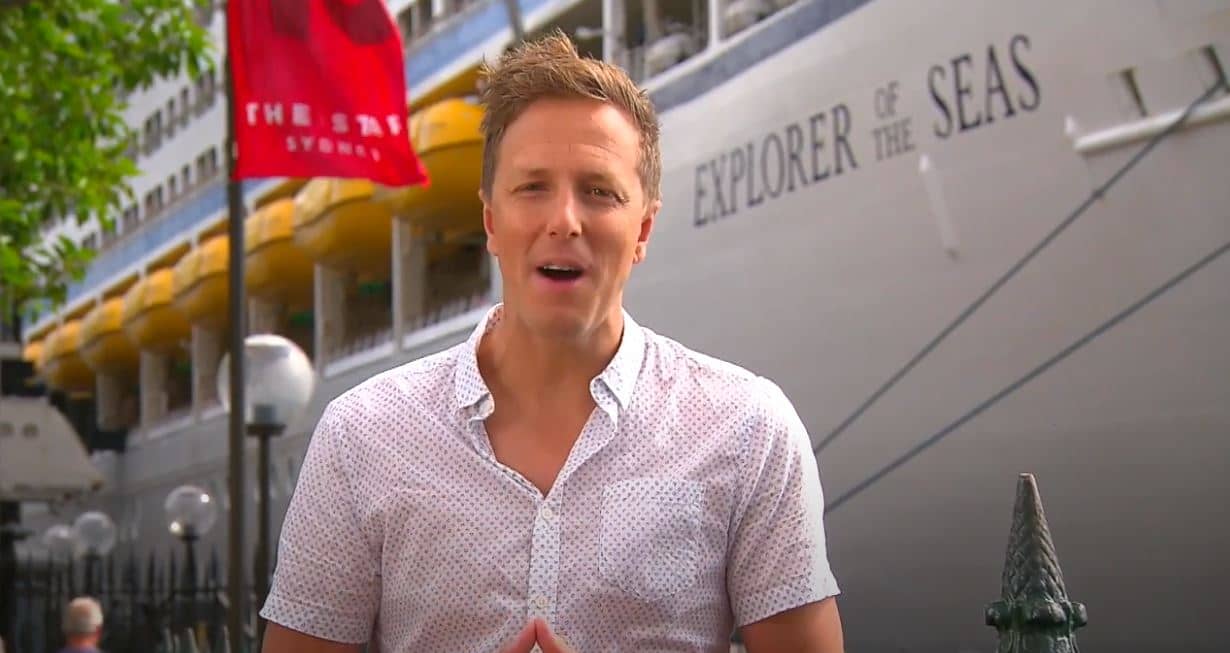 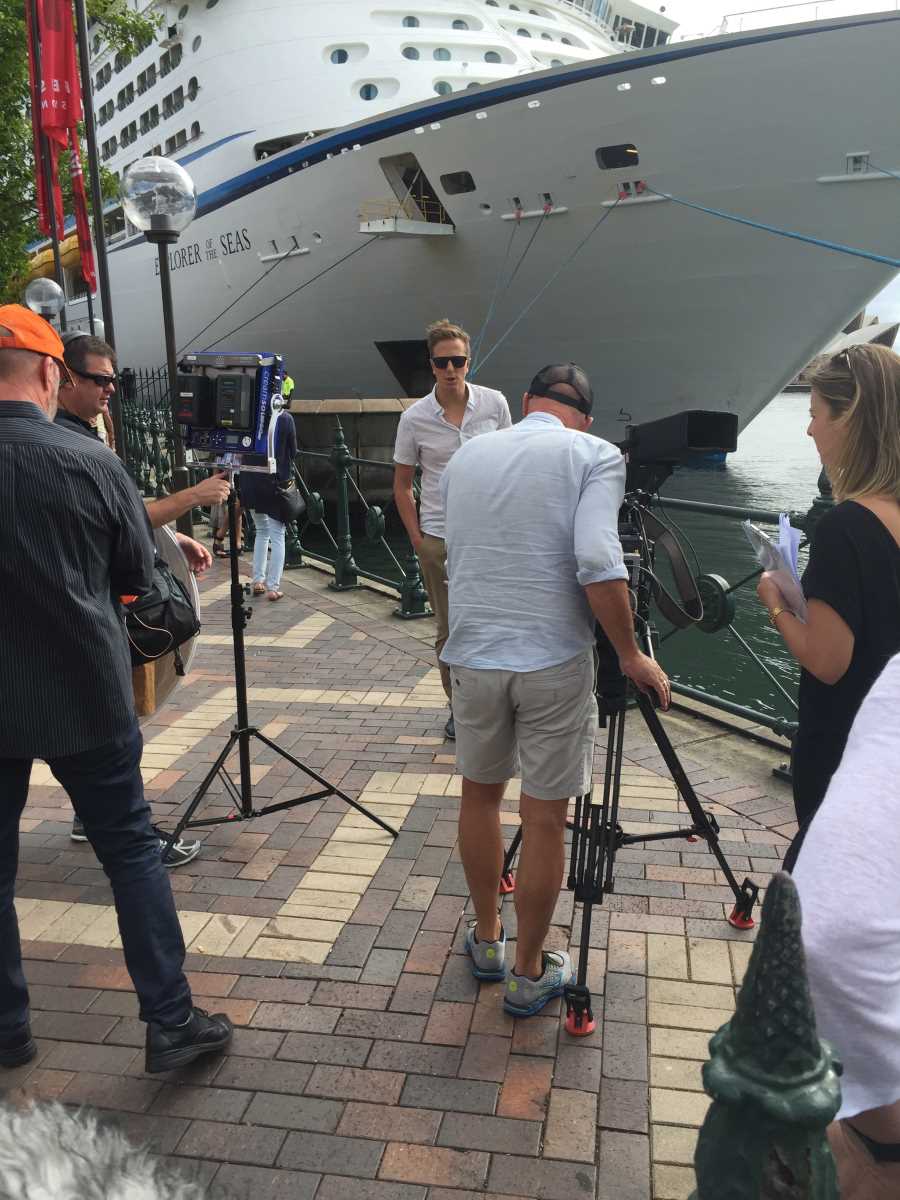 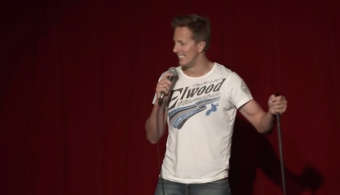 Rob Rosenberg
Creative Director, One HD
“I’ve watched Paul grow from a kid starting out into one of the best in the business. He listens, he learns (fast) and he gets it. He’s not someone we hire in, he’s part of our team. Committed to giving us exactly what we want and making sure we’re 100% happy.There are a million voices out there but there’s only one Paul. If you’re tossing up between him and someone else – go with Paul, he’ll give you more. Simple as that.”

Tim Dwyer
Head of Tactics, Triple M Sydney
“It is my absolute pleasure to work with Paul Hancock. Over the last 8 years I’ve seen Paul develop from one of Sydney most enthusiastic radio street team members into a confident, reliable, trust worthy, humorous and exceptional radio talent.Paul excels in everything he turns his attention to – from on air announcing, presenting, voice over, event MC and comedy performer. Paul is, without doubt, one of the industry’s best young talents.” 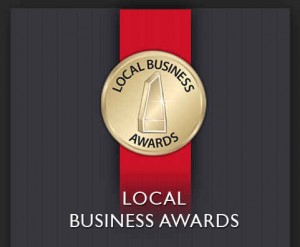 Steve Loe
Managing Director, Precedent Productions
“Paul’s professional, yet casual approach as Master of Ceremonies ensures that every crowd takes an instant liking to him. His positive fun and high energy stage presence occurs from start to finish of the events. He has an exceptional talent in being able to read an audience and react to any situation instantly giving him total control of the audience.Paul is very accommodating with our management and technical team. His contribution makes each of our twenty Business Awards a huge success.” 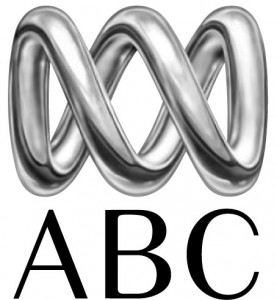 Mike Watson
ABC3 TV
“Paul has been the regular male voice of our kids’ channels for a year or so. He’s reliable and professional and he always puts in a big effort to deliver what we’re after.He understands promos and is skilled at adjusting to varying pace requirements, doing cold reads or fitting in to existing cuts. He also shows a good sense of comedy and comic timing. He takes direction well, he’s easygoing and a pleasure to work with.”

Shandra Moran
Program Director / Assistant Program Director,
Nova 93.7 Perth / Nova 96.9 Sydney
“I’ve had the privilege of knowing and working with Paul for many years and can honestly say he is one of the most down to earth, hardworking and multi-talented people I have come across. His positive attitude and openness to feedback and collaboration makes him quite unique in what is usually a very competitive and often ‘precious’ industry.I cannot speak highly enough of him and would be very happy to talk to anyone who is considering working with him and wants to know what they’re in for!”

James Cheney
TV Presenter & MC, Take Two Marketing & Events
“For the past 18 months I have had the pleasure of co-presenting advertorials with Paul Hancock at Channel 9 Studios in Sydney on the set of ‘Mornings with Kerri Anne’. Paul is a professional, confident and natural entertainer as well as a great presenter and host. In terms of on-camera presenting, Paul creates an easy presenting partnership and allows his co-presenter to bounce off his repertoire.Paul has a great ability to adapt to situations and still communicate the message making him the preferred talent for many advertorial presentations.I know that when I am working on-screen with Paul, we are guaranteed a great response and a good laugh! With his warmth, Paul is the ideal candidate to host a variety of shows that require “live” on-your-feet, quick-witted entertainment.”

Stewart Ritchie
Advertorial Producer,
Mornings with Kerri-Anne Channel 9
“Since Paul joined the Kerri-Anne Team, in 2010, his strengths and abilities as a presenter have continued to improve to the benefit of our many happy clients.Paul’s sense of humour has always made working with him enjoyable, both in the studio and outside, and the fact that he can nail a four minute advertorial to the second has the clients asking for Paul again, and makes my life a lot easier.” 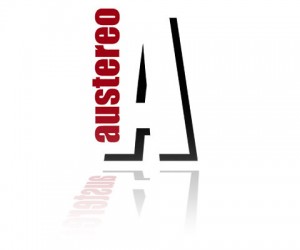 Emily Rice
Creative Manager, Heard (Austereo)
“When we book Paul on a “various”, every writer wants in on his session, because he can voice and voice act. Paul’s a great choice to launch a burger, a band, a new SUV. He’s the hapless boyfriend, the larrikin mate, the apprentice sparky. He’s the guy in the street with muesli bar samples and a mic.Oh, yeah, and he’s also a fabulous choice when you want a nice, flexible and funny guy (who knows way too much about tennis).”

Ollie Simon
Promotions & Events Co-ordination,
Star 100 Entertainment
“As a comedy booker and producer I book Paul regularly as both a stand up comedian and for hosting shows. He’s always proven to be very reliable, punctual and professional. Paul is very likable and has a warm and lovely energy about him which has resulted in a great appeal among audiences.I’ve always found him entertaining and a delight to work with and will continue to work with him at any given opportunity.”

Thank you - your message has been sent!
Oops! Something went wrong while submitting the form.
EMAIL
paul@paulhancock.com.au
‍
FACEBOOK
www.facebook.com
‍
LINKEDIN
www.linkedin.com